For as long as there have been wars, there have been prisoners of war. What the captor chooses to do with its prisoners reveals the nature of the conflict and, perhaps, whether peace will stick. The Peace of Westphalia was the first agreement in which Western powers agreed to peacefully exchange their prisoners of war instead of ransoming or executing them. More recently, Palestinians demanded the phased release of most, though not all, prisoners held by Israel for politically motivated acts during the Oslo Accords. Approximately a thousand remained in Israeli prisons, however, and today Israel holds approximately 4,500 political prisoners, including 500 indefinite detainees. Palestinian law now forbids any final-status negotiations with Israel without the release of all prisoners. In the absence of peace negotiations, Israeli authorities and Palestinian groups conduct prisoner exchanges semi-regularly, releasing dozens or hundreds Palestinian prisoners in goodwill gestures, interim measures, or exchanges.

How Palestinians prisoners are treated in negotiations has changed over time. Prisoner releases were not mentioned in the first Oslo Accord (Oslo I) between Israel and the Palestinian Liberation Organization in 1993. Men and women in prison had to demand their inclusion. Following hunger strikes, 5,000 were eventually released, leaving several hundred behind as final negotiations were never reached. Today, Hamas and Fatah both prioritize prisoners’ issues in their international relations, though by different means. Hamas, which controls the Gaza Strip, is negotiating with Israel for a new prisoner release, likely via international mediators. Meanwhile, a quasi-governmental Commission for Detainees’ and Ex-Detainees’ Affairs under the Palestinian Liberation Organization provides stipends to prisoners and their families despite pressure from Israel and foreign donors to stop. The Palestinian Authority must negotiate with Israel and foreign governments for its tax revenue, which Israel collects, and for donor funds. This research examines prisoners’ issues in peace negotiations. In partnership with Dr. Prof. Schlipphak at WWU, and building on the university’s strengths in conflict and peace studies, and utilizing the researcher’s background work on Palestinian prisoners’ political organization, this project will answer why, and to what extent, prisoners are critical to peace.

Alyssa Bernstein is a practicing attorney and scholar who studies political prisoner resistance and organization in protracted conflict. Her work crosses fields including sociology, legal studies, and carceral studies (how prisons operate and how people behave in them). Her PhD, from Queen’s University Belfast School of Law, looked at contemporary Palestinian political organizations and resistance in Israeli prisons, and is forthcoming as a book. She also holds a JD from Harvard Law School and an undergraduate degree in Modern Middle East Studies from Yale University. Upon concluding this research she intends to return to legal practice in international dispute resolution.

Alyssa is interested in the answers to fundamental questions that studying peace and conflict offers: what do we decide is worth fighting for? Who do we choose as our enemies? How do we convince people to join us? And then when hostilities end, how do we return to or create peace?

Her research on prisoners’ roles in war answers a small portion of these questions in-depth. Prisoners’ issues are complex in asymmetrical or non-traditional conflicts, that is, where one side does not acknowledge the other’s legitimacy. In these clashes, which are often protracted, identity-based, and rooted in colonialism, the power is attempting to make people in prison seem like ordinary criminals or rule-violators. The imprisoned activists and combatants conversely demand to be recognized as prisoners of war. Their release is a key part of resolving the conflict. In South Africa, negotiations to end of the apartheid system could not begin until political prisoners were released. In Northern Ireland, the struggle over political recognition led all the way to the famous hunger strikes. And for Palestinians, Israel’s release of political prisoners is a key issue in any final negotiations and as good will measures or as part of negotiated exchanges even in the absence of any resolution of the conflict. Studying prisoners’ roles, the laws used to detain them, and how their treatment changes over the conflict both for their own side and the side that imprisons them. This status sheds insight into the conflict itself – its status, who is in control, and where it is in the path to resolution. 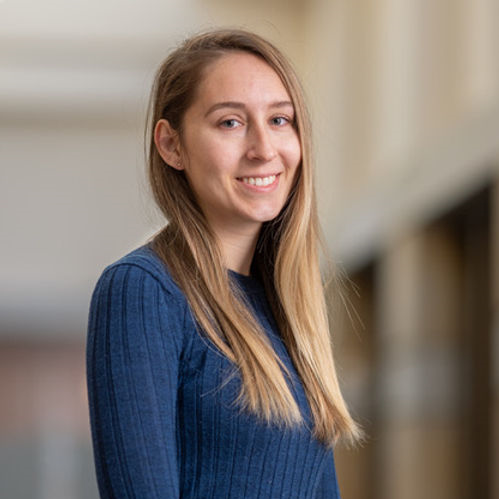 Angela Chesler is a PhD candidate in Political Science and Peace Studies at the University of Notre Dame and a 2022-2023 Research Fellow in the Belfer Center for Science and International Affairs at Harvard University. Her research examines the politics of global environmental crises intersecting with international security and peace. In her project titled Natural Disasters, Displacement, and Intractable Wars, Angela investigates the consequences of environmental change for migration and conflict, showing that environmental displacement profoundly shapes the landscape of violent conflict by making wars longer and deadlier. She has published in journals including Climatic Change and Natural Hazards Review, and her research has received accolades from organizations such as the American Political Science Association (APSA) and the Environmental Peacebuilding Association. Prior to doctoral study, Angela received her MA in International Peace and Conflict Resolution from American University and BS in Economics and International Affairs from the Georgia Institute of Technology. 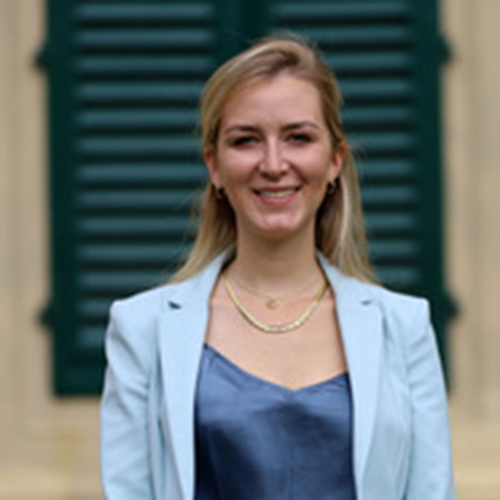 In 1844, Marx already showed in his economic theory on constructive captialism that time and human contact unavoidably lead to controversies for reasons of accumulation and annihilation of wealth. Human beings seem to be incapable of living in peace, interactions have often turned into wars or disputes. At the beginning of time conflicts where solved by finding allies and entering into armed conflicts. Nowadays institutions like the NATO and public international laws are formalised to solve disagreements in a more structured and peaceful way through contracts and accord. Public international law, however, can only be effective as long as subjects comply with the agreed terms given that public international law lacks enforcement power. It relies on formation of blocks and mutual, multilateral agreement, e.g on long term and peaceful togetherness, such that if one of it’s partner is attacked the whole block will aim for retention. Take the example of Russia announcing it’s intentions of war against the Ukraine. The response of intergovernmental alliances was the threat of a set of punishing financial, technology and military sanctions in case of aggression. To solve the puzzle how intergovernmental alliances can secure peace by choosing the optimal alliance size and severity of sanctions, we propose a two stage model. To resemble reality and apply it to the current international conflict between international allies and Russia, we assume that sanctions as well as war are costly, but that there exists cost and sanctioning power heterogeneity. The heterogeneity leads to different willingness of allies to sanction an oppose. The unanimity clause on decision making in many intergovernmental alliances creates a trade-off we aim to solve. The trade-off reflects that effectiveness of a sanction increases with the alliance size and severity. However, alliance size is endogenous to sanction severity and hence, a trade off of severity and size exists. This allows us to answer the question whether the status quo of unanimity in international alliances is optimal from a social perspective?

Magdalena Viktoria Kuyterink is an Austrian and Dutch Phd student in Economics at the European University Institute in Florence. She holds an undergraduate degree from Tilburg University in the Netherlands.  Her research interests are questions related to the political economy, industrial organization, micro theory and institutions and organizations, applied to a broad set of disciplines, including law, management, political science, education and health. Within her Phd studies she is part of the Münster Peace Prize and researches about coalition formation and optimal sanction size in international disputes with a reference to the ongoing international crises in the Ukrainian. The project will be guided by Professor Dr. Thomas Apolte and Dr. Lena Gerling, and aims to answer whether the abolishment of unanimity voting could lead to socially more efficient outcomes. 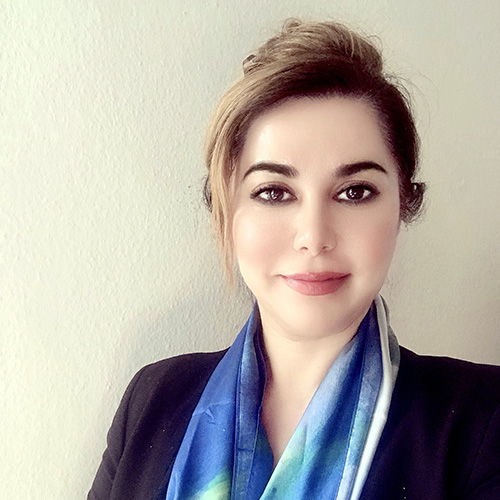 Project Title
Bacha Khan’s Philosophy of Nonviolence: Bridging the gap between theory-practice, and policy-making in the conflict-prone Pashtun regions of Pakistan

Indigenous peacebuilding has introduced numerous challenges to the approach of neo-liberal peacebuilding that is well advocated around the world. Adopting the subaltern perspective, this project examines the indigenous cultural peacebuilding resources in the Pashtun regions bordering Afghanistan-Pakistan. Prominent among these resources is the philosophy of non-violence by Khan Abdul Ghaffar Khan also known as Bacha Khan. The project offers a policy framework to bridge the gap between the philosophy of nonviolence during the colonial era, and policy relevant theory-practice for the conflicts facings the Pashtun regions at present. These indigenous resources are important not only for a historical analysis of the movement it inspired, but also making case of such resources in the development of culturally appropriate responses to conflict and violence.

Saira Bano Orakzai is an Australia Award scholar (2009-2013) and Pakistan’s first Ph.D. in Peace Studies. She is the Inaugural Chevening Fellow at the University of Oxford  2016-17, Charles Wallace fellow 2014, and was also a research fellow at Harvard University 2017-18. In 2021, she has been awarded Australia Awards Small Grant for teaching two online course  on Peace and Conflict Studies. In February 2022, two of her chapters have been published in the Encyclopedia of Violence, Peace and Conflict, Elsevier Academic Press. She has also published in the field of indigenous peacebuilding, countering violent extremism, conflict transformation, peace education and religious-cultural understanding of peace and conflict studies.